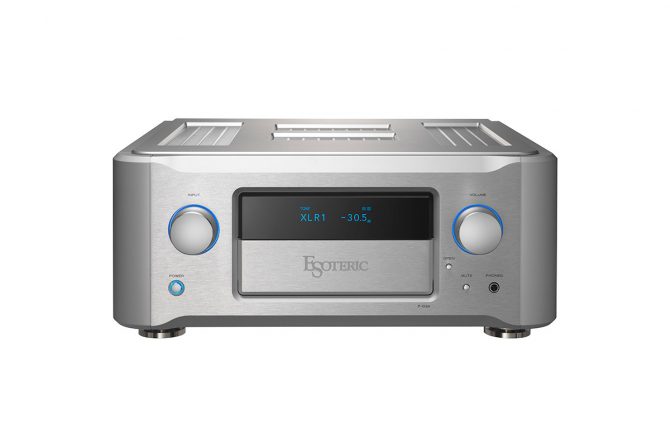 1 in stock (can be backordered)

Setting out to create one of the most desirable integrated amplifiers available, Esoteric brought together a fully balanced preamplifier and a Class-A power amplifier-both directly derived from its well-respected Grandioso line-to created a new reference for integrated amplifiers that gives full expression to the smooth, full-bodied tones and delicately shaded textures of your favorite music. Featuring distinctive dual monaural construction that extends through all stages, from preamplifier inputs through to the final stage of its power amplifier output, the F-03A Integrated Amplifier brings out the full audio potential of Esoteric’s highly regarded K and N Series of digital players.

The power supplies of the F Series feature large-core 940VA custom EI power transformers and 40,000µF block capacitors for each channel in a dual monaural configuration. Large-gauge cable is used in all connections to help minimize impedance. As in our separate power amplifiers, this outstanding power section achieves a theoretically linear power output ranging from 30W at an 8Ω load to 60W at 4Ω for faithful reproduction of every musical dynamic.

The F-Series’ 3D Optimized Chassis features robust construction that gives each circuit block its own dedicated compartment. Interference between circuits is effectively minimized while achieving the shortest possible cable routing. Chassis exteriors are formed of thick aluminum panels manufactured without compromise following the same design philosophy imbued in Esoteric’s separate amplifiers. As a result, their heavy-duty construction tips the scales at a total weight of 32kg, exceptional among integrated models. Our patented steel pinpoint feet* support the F-03A at four points in order to minimize the negative effects of vibration. 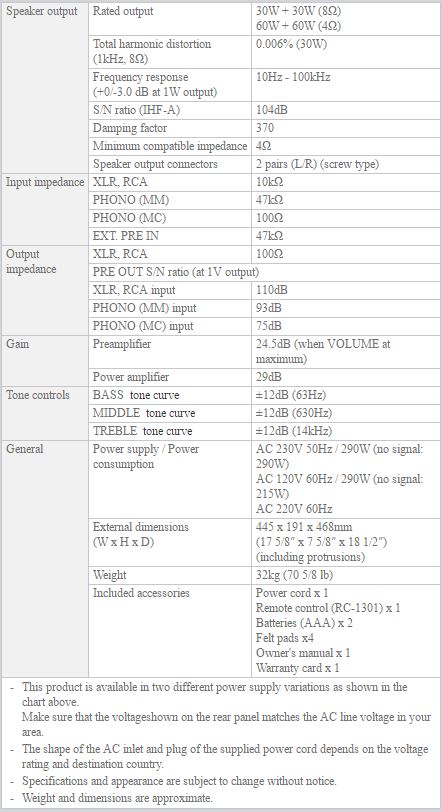