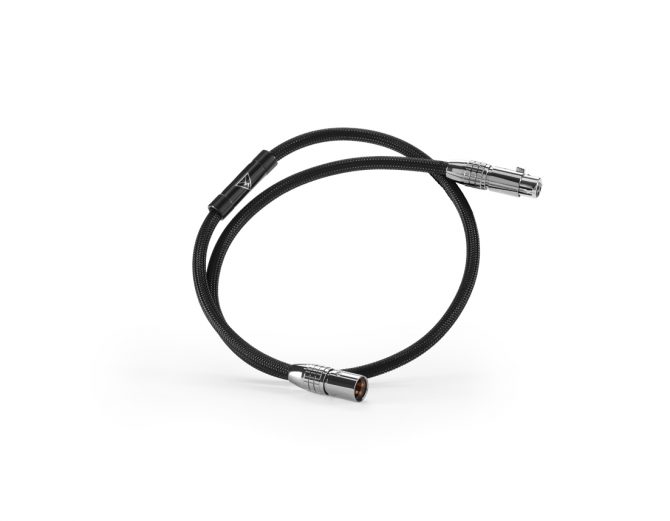 While the characteristic impedance is a critical factor in the optimal performance of digital cables, our research also indicates that the precision with which a digital cable is constructed has a significant impact on its performance. Shunyata Research digital cables are produced using a Precision Matched Z concept. This dictates that tolerances of the conductor surface, dielectric extrusion, and the
precision of the braided shield are held to smaller variances. To achieve these tight tolerances, the extrusion and braiding machines must be run at one-quarter speed
during the manufacturing process. The result is better performance through a reduction of cable-induced ‘signal jitter’.

Superficially, digital cables may look the same as analog cables. For example, a S/PDIF cable can be terminated with RCA connectors, much like analog interconnects. Because the terminations appear the same, analog interconnects could be used as a substitute for a digital cable; but since it has not been designed with the correct characteristic impedance, the performance will suffer.

PLEASE NOTE: For lengths longer than what is listed, contact us directly for a quote.

Technologies used in this cable

Shunyata Research uses only the highest purity of copper available for the production of its wire products. OFE Alloy 101 or C10100 is the highest grade of copper with a minimum 99.99% purity and a conductivity rating of 101% IACS. OFE stands for oxygen-free electrolytic and supersedes the term OFHC (oxygen-free high conductivity). C10100 is the only grade of copper that comes with a written certification of purity. Certified by ASTM F68 C10100.

Ohno wire, also called PCOCC was invented in 1986 by professor Atsumi Ohno of the Chiba Institute of Technology in Japan. Copper wire is created by an extrusion process that pulls a rod of cold copper through a small orifice which creates multiple crystalline boundaries. By contrast, Ohno wire is made by a process using heated molds that cast a wire to form a single crystalline structure. Ohno wire is well known for its exceptionally pure, grain-free sonic qualities.

KPIP(tm) (Kinetic Phase Inversion Process) was developed by Caelin Gabriel after years of research into the underlying causes of various effects such as burn-in, wire directionality and the effects of cryogentic treatment. He discovered that there was an underlying core principle that burn-in and cryogenics only “partially” dressed. Once the governing principle was understood it became possible to create a processing technique and machine that could virtually eliminate the need for
burn-in and cryogenic treatment.

ArNi® is a type of wire created by Shunyata Research designed to be the finest quality wire available for audio purposes. It begins with the highest purity of copper available – OFE C0100 or Ohno (single crystal). Then it is formed in virtual hollow tubes eliminating skin effects and eddy current distortions. In addition, the wire undergoes our proprietary KPIP(tm) process.